Larry and Lester Cousins are frequent visitors at our lodge (Critter Cove) and members of the Boilermakers, and were gracious enough to request that the 359 Boilermakers donate to our annual charity event the Children’s Heart Weekend. We thought you guys may want to see the photos from last years event. We will also send the ones from this year once we upload them all. 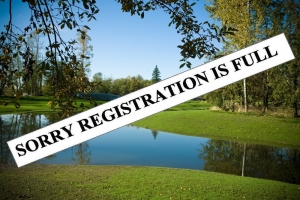 Lodge 359 is pleased to announce that the 2019 Boilermaker Golf Tournament registration is now closed and fully booked to capacity.

We are hoping for another good weather day for golf and festivities for all.

On Monday June the 3rd, the Chair of the BC Labour Relations Board (LRB) imposed her decision to conclude the 2019 round of bargaining between the CLRA and the BCBCBTU (British Columbia Building and Construction Trades Council) which unfortunately contains some unfavorable results for the council affiliates.

Due to there being an industry wide bargaining “Protocol Agreement” in place, and the CLRA’s inability to bargain in what can only be described as anything but good faith, the Bargaining Council was not afforded the opportunity to ratify the agreement by way of a membership vote.

The Chair of the Labor Relations Board has imposed a binding settlement utilizing a mediators recommendation, as well as some of the agreed upon items by the Bargaining Council and the CLRA. The key area that the will impact all Industrial Agreements within the BCBCBTU, is the elimination of the double time (2x) on Saturdays which has been reduced to time and one half (1.5x) for the first 10 hours. This will take effect July 01, 2019 with all other changes effective June 17, 2019.

The CLRA had proposed many concessionary items to each affiliates agreements which the Council had argued against vehemently, but the one item that worried everyone was a proposal called Favored Nations. This item was extremely nefarious in its core and would undermine all bargaining going forward had it been allowed into the collective agreements.

The Bargaining Council sought to take a strike vote and withdrew all of its proposals for the 2019 round of bargaining other than wages, and had informed the CLRA that we would be rejecting all proposals sought by the CLRA other than term. We had a unanimous vote by the Council in favor of strike and informed the LRB of this decision in late January.

The Protocol was then extended by the LRB to allow the parties more time to continue to bargain which inevitably led to additional extensions of time and also included the use of a Board appointed mediator.  The CLRA broke off bargaining many times and insisted that the Board rule in favor of sending the matter before an arbitrator to be decided.

By the end of May the Council had a mediator recommendation brought forward in an attempt to try and settle negotiations which neither party could agree too, which then ultimately led bargaining to one of two options.

We will be attending upcoming job site’s to inform the membership of all of the details and to answer as best as we can any and all questions you may have regarding the final outcome of this round of bargaining.

We encourage all members to call and speak with a representative should questions of uncertainty or clarity be requested. I have added three documents for your reference regarding the process and settlement, please take the time to read each.

Background to the Settlement of the 2019-2023 Collective Agreement: please click here

Mediator’s Recommendations for the Renewal of the 2016 – 2019 Collective Agreement: please click here

Please visit the link below, and also read this announcement letter ( click here ) regarding a WCB Review that is being undertaken by the British Columbia provincial government.

In addition to our Union’s submission to the review, it is important that injured workers stories are heard. It is of utmost importance that we try our hardest to reverse what the previous government has done to the WCB since 2003. https://engage.gov.bc.ca/workerscompensationreview/