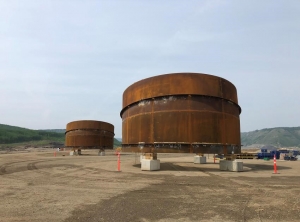 Lodge 359 Boilermakers are building and assembling 84 of these sections over the next few years to create the six penstocks for the Site C generating station. (Photo taken May 2019) 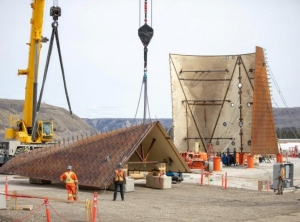 After moving individual sections from a fabrication shop in Fort St. John, Boilermakers assemble the penstocks on site. This is one of six transition pieces which will funnel water from the river into each individual penstock. (Photo taken May 2019)

Once operational, water enters turbines through large spiral-shaped pipes known as spiral cases or scroll casings that are made of formed and welded steel plates. The bottom section of a spiral case is welded by a robot at the on-site manufacturing shop. (Photo taken February 2019) 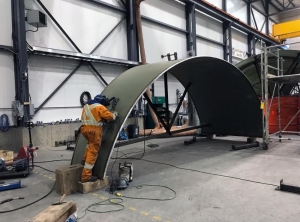 A Boilermaker welder works on part of the spiral case in the on-site Turbines and Generators manufacturing facility. (Photo taken January 2019) 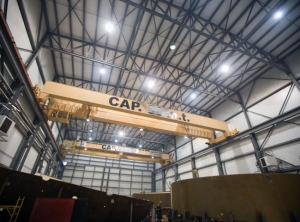 Overhead cranes in the work shop in Fort St. John where Penstock section parts are assembled. Penstocks are 8 meters in diameter and move water from the river intakes to the turbines. (Photo taken January 2019) 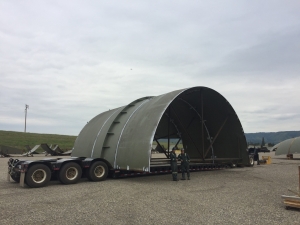 A thrust-ring half section that was fabricated in our on-site Turbines and Generators manufacturing facility that was rigged onto a flatbed trailer will be transported to the lay down area for future installation between the penstock and spiral case. (Photo taken June 2019)